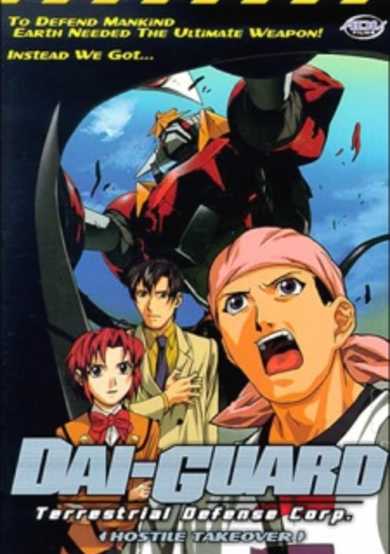 Thirteen years after their sudden disappearance, an alien race known as the Heterodyne resurface without warning. To combat the Heterodyne, three office workers from the 21st Century Security Corporation operate Dai-Guard—a giant robot no longer regarded as an oversized paperweight. Unfortunately, Dai-Guard is somewhat obsolete and in disrepair. It's a tough job, but salarymen can also save the world.