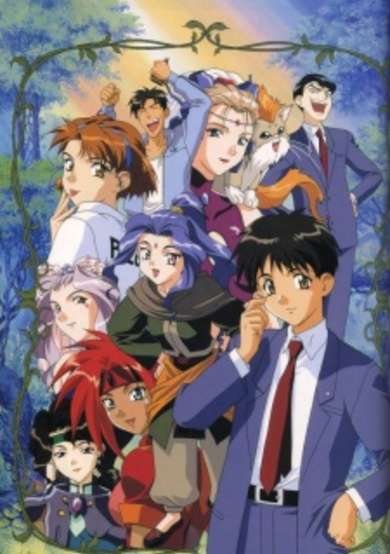 When Makoto Mizuhara discovers an old monument in his school and awakens a beautiful woman, he, his teacher, his worst enemy and one of his female friends is transported to the magnificent world of El Hazard. There they discovers that they have received some special powers. Makoto and his teacher Fujisawa lands in a jungle and saves a princess from some large bugs. Makoto's friend Nanami lands in a desert. And Makoto's rival, Jinnai lands in the middle of the bug's kingdom and becomes their general, plotting to destroy Makoto and his new friends. After several having his attacks repelled by Makoto several times, Jinnai learns about an ultimate weapon, the demon Ifurita. And so everyone sets of to find Ifurita, and when she's found Makoto learns that she is the same woman that sent them to El Hazard. But the one gaining control of her is Jinnai.
(Source: ANN)