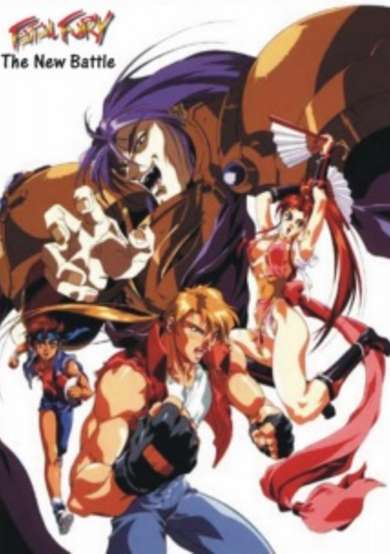 After defeating Geese Howard, legendary fighter Terry Bogard faces German warrior Wolfgang Krauser, only to suffer a humiliating defeat. Depressed by his loss, Terry wanders around the country, wasting his life through drinking. Only a young boy named Tony can convince Terry to go back to his winning ways, conquer his fears, and once again face Krauser.
(Source: ANN)
Based on the Neo Geo SNK video game Fatal Fury 2.