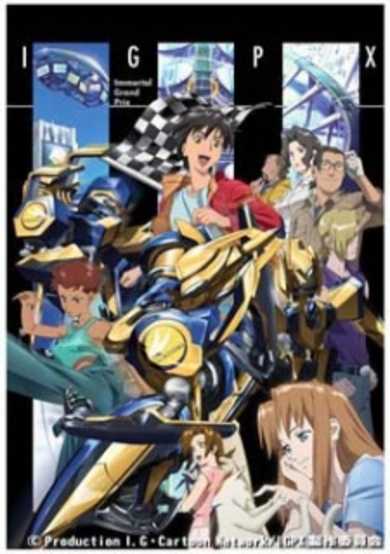 In the year 2048, people are raving about a fighting race called “Immortal Grand Prix”, or IGPX in short, which is faster and more exciting than any of the existing motor sports. The phenomenon is so big that an entire city was built for the racing industry where competitions take place on a huge track. In the “Immortal Grand Prix,” two teams of three IG machines, high-tech humanoid mechs driven by humans, race at speeds greater than 400km/h. The teams make three laps of a 60 km course while intercepting the opponent as they vie for a first place finish. The best machine performance, the best pilots and the best teamwork are the only factors that can make them the winners.
(Source: Production I.G.)