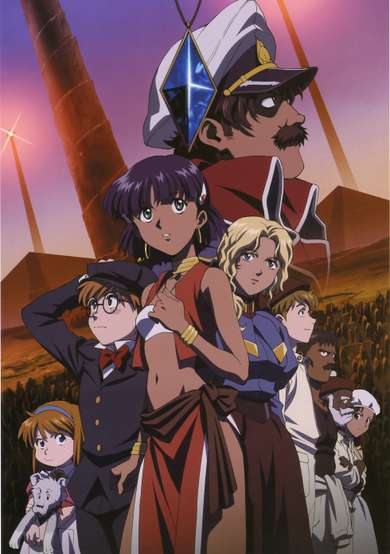 In 1889, the world is on the pinnacle of great discoveries in technology. In mankind's grasp for the future, a sinister foe known only as Gargoyle, obsessed with restoring the former Atlantean empire to the glory it once held, begins his plans to take over the world. Nadia, with the help of a young inventor, Jean Ratlique, and Captain Nemo of the submarine Nautilus, must fight to save the world from Gargoyle and Neo-Atlantis. Based on the Novel '20,000 Leagues Under the Sea' by Jules Verne.
(Source: ANN)