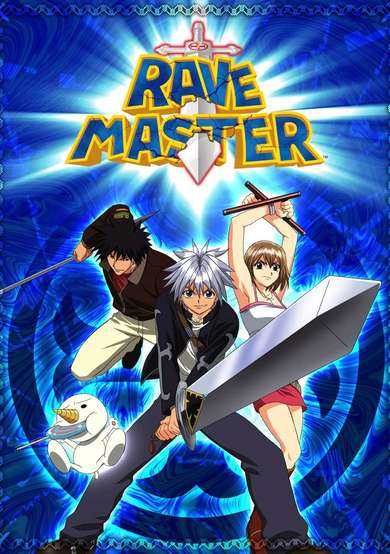 Haru Glory is a boy who lives with his sister, Cattleya, in Garage Island. After fishing out a.... thing called Plue, he meets Shiba who entrusted him with Rave Stone or more known as Holy Bring. From there on, he embarks on a quest leaving his sister at Garage Island like his father who went to find Rave 15 years ago. He meets Elie, a girl who loves to gamble but has lost her memory. They met up with Musica at Punk Street. They have to eliminate Demon Card using Rave and is helped by Elie's uncontrollable Ethelion and Musica's ability of controlling silver as a Silver-Claimer. Unfortunately, they had to collect 4 more Raves in order to eliminate the mother of all dark brings, Sinclair. Together, they find out their past including Haru and Musica who both do not know their parents very well. They also find out the connection between Ethelion and Rave.

Last Updated: Mar 17, 2020
Where To Watch:
Help us find this?
More Links:
MyAnimeList