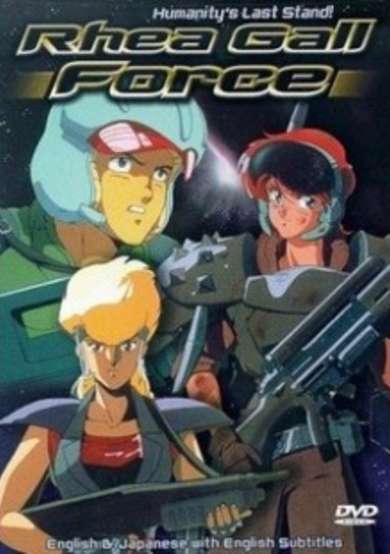 The Solnoid race is long dead, annihilated along with their enemies in the final battle at Sigma Narse. But their descendants survive on Earth, and have now inherited the sad destiny predicted so many years before.


The third world war between East and West has reduced the cities of Earth to mountains of rubble. The mechanical killing machines created by both sides now ruthlessly hunt down the remnants of humanity. Old hatreds between human factions prevent an effective resistance, and the only hope for survival rests in a desperate plan: evacuate the survivors to Mars Base. There they can rebuild and plan the liberation of the home world.


Among them, one young woman carries the guilt of her father`s hand in the destruction of civilization. Unknown to her, she also carries the key to a possible salvation. As destiny draws new friends and allies to her, a new Gall Force is born to rise up against the coming destruction...

Last Updated: Mar 23, 2020
Where To Watch:
Help us find this?
More Links:
MyAnimeList