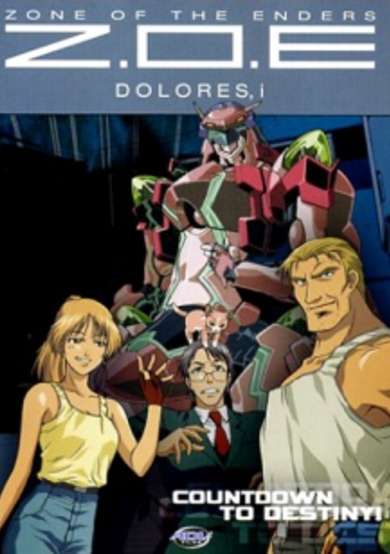 Zone of the Enders: Dolores

49-year-old James Lynx was an officer (LEV pilot) in the United Nations global army, one day he received notification that his wife -- a Martian scientist -- was killed during a lab experiment.


Hateful and resentful for letting her go, his children blamed him and cast him aside, depressed and in despair, James quit the military and took up a job as a transporter between Earth and Mars, he had some slight hope of his wife still being alive and to find her he wanted to be out there. After a few years he seemed to have given up all hope and turned to drinking, until one day he receives an orbital frame by the name of "Delorez", sent by his dead wife. Once again he dares to hope and sets off on a wild and wacky adventure to find the truth and to reunite his family.

Last Updated: Mar 16, 2020
Where To Watch:
Help us find this?
More Links:
MyAnimeList